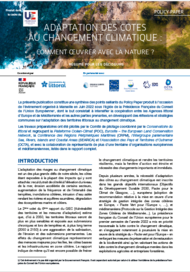 In the framework of the of the French Presidency of the Council of the European Union (FPEU), the Conservatoire du littoral, in partnership with the Ocean & Climate Platform, Eurosite – the European Land Conservation Network, the Conference of Peripheral Maritime Regions (CPMR), the Parliamentary Intergroup « Sea, Rivers, Islands and Coastal Areas » (SEARICA), the Overseas Countries & Territories Association (OCTA) organized in Marseille (France) from June 15th to 17th, an international workshop on the adaptation of coastal areas to climate change. This event aimed to strenghen the cooperation between European and Mediterranean Coastal Agencies and other coastal stakeholders by developing reflections and strategies on adaptation of coastal territories to climate change.

The Steering Committee of this event has decided to set-up a Policy Paper containing recommendations and strategies developed through exchanges before and jointly during the event, with more than 30 institutions and organisations from Europe and Mediterranean. This publication aims at addressing issues relating to adaptation to climate change in coastal areas (coastal mainland and overseas territories), considering both:

This Policy Paper is intended for representatives of the European Union, Member States, coastal regions and cities so to serve as a tool to rethink the future of our coastal territories in the face of the greatest challenge of our century, and to act to guarantee the security, economic development and well-being of the populations living there as well as the safeguarding of ecosystems and island and coastal biodiversity. 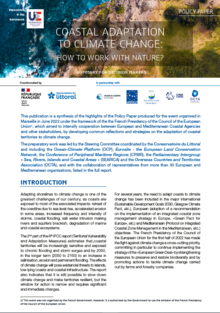 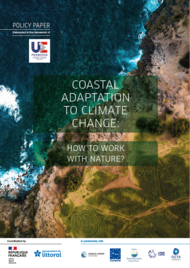